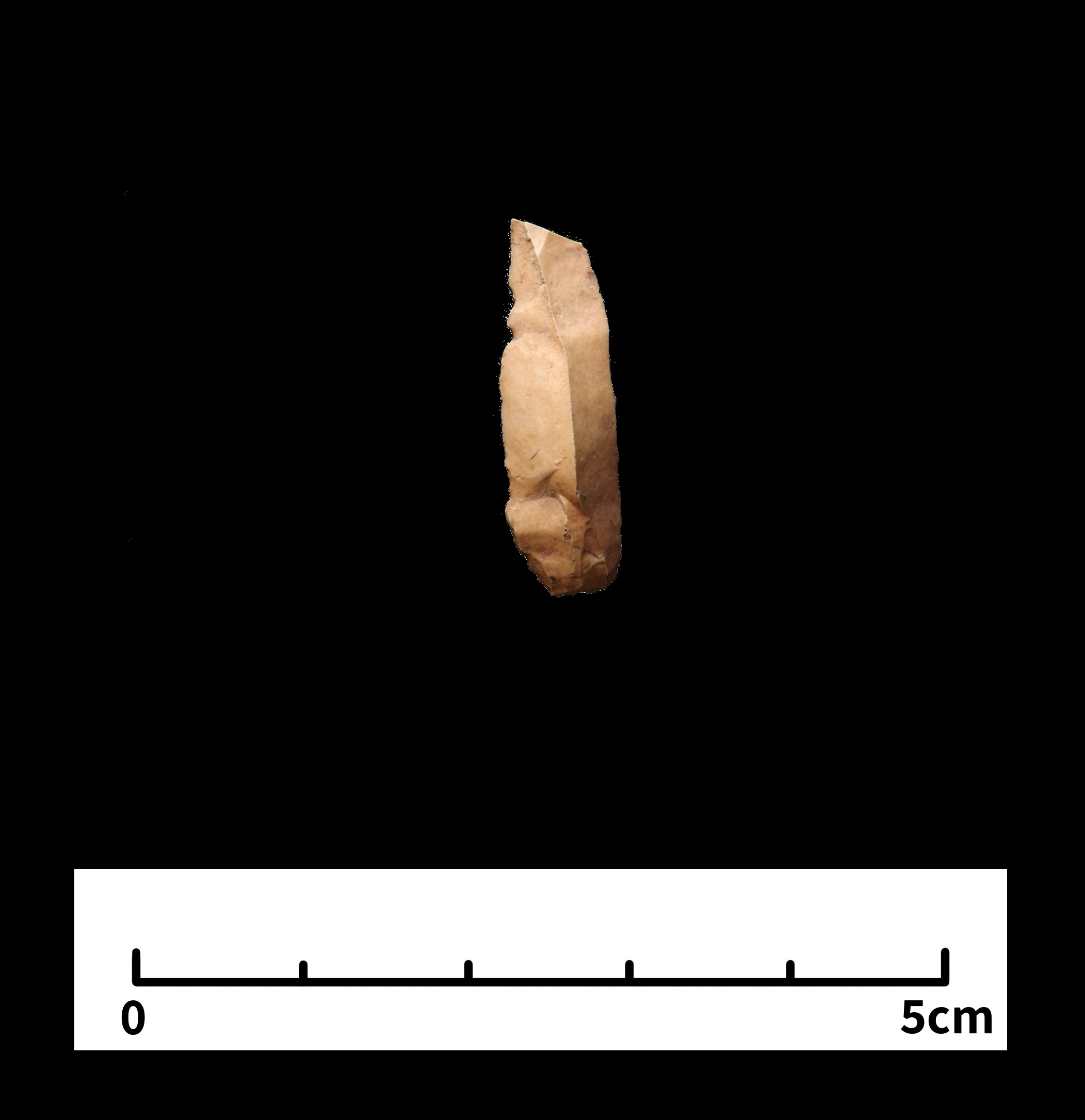 The site’s lithic assemblage is dominated by burin-cores that have been worked to create bladelets with straight profiles. We know that at least some of these bladelets were further shaped (retouched) for use. Two of the six extant bladelets from the site have been retouched into a type referred to as “Dufour-type” bladelets (so-called after the French site of Grotte Dufour), including this one. This tool type is especially important for understanding the link between sites, and has been found on sites of this age across Europe and beyond. It is currently thought that these bladelets were part of a multi-component hunting kit.