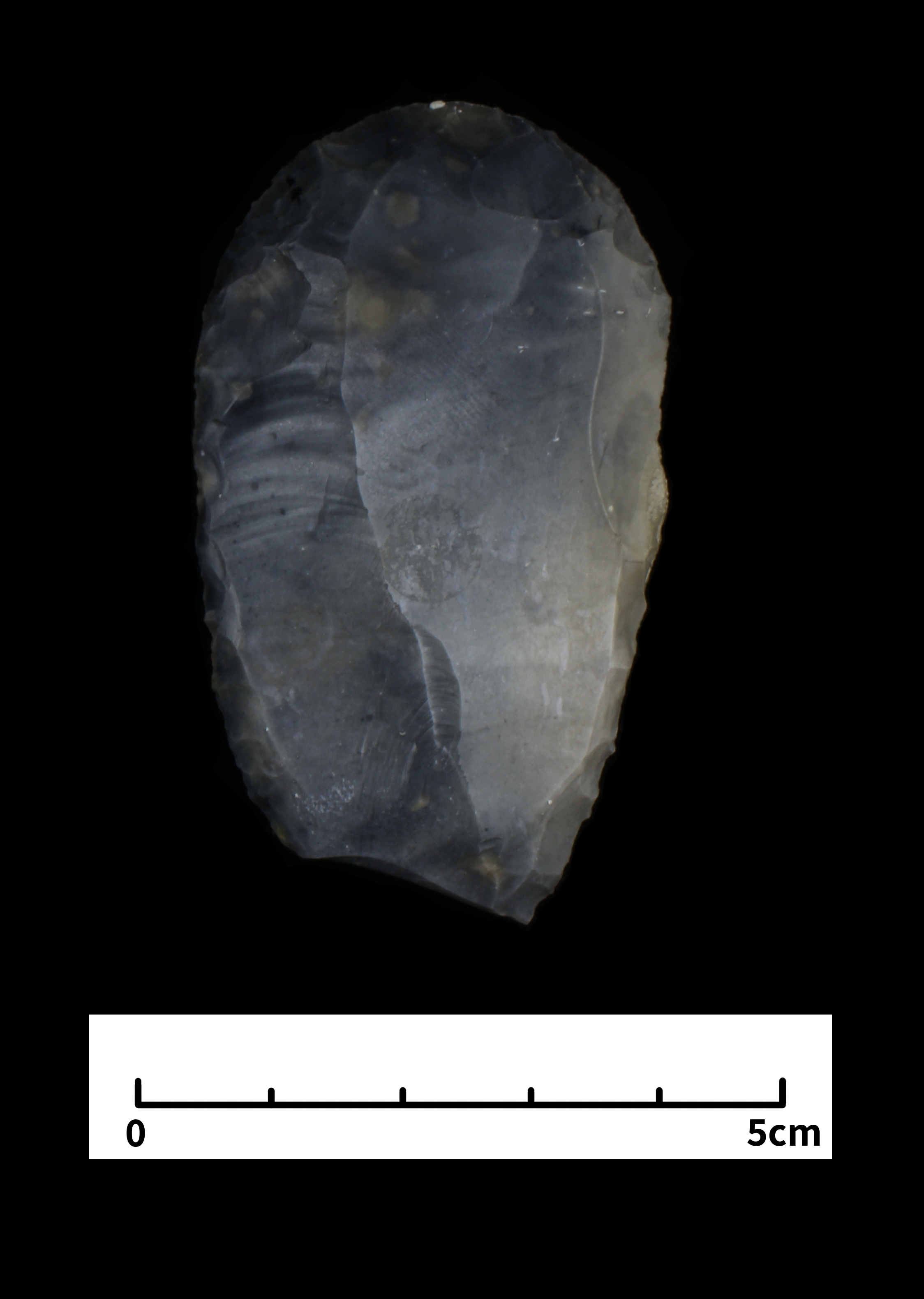 The main stone-working activity at Kostënki 17 was apparently the creation of bladelets from burin-cores. However, a few tools suggest that other tasks were undertaken, including this endscraper made from a large blade. Scrapers similar to this are typical of many different Upper Palaeolithic assemblages. They would have been useful for, among other things, processing animal hides.