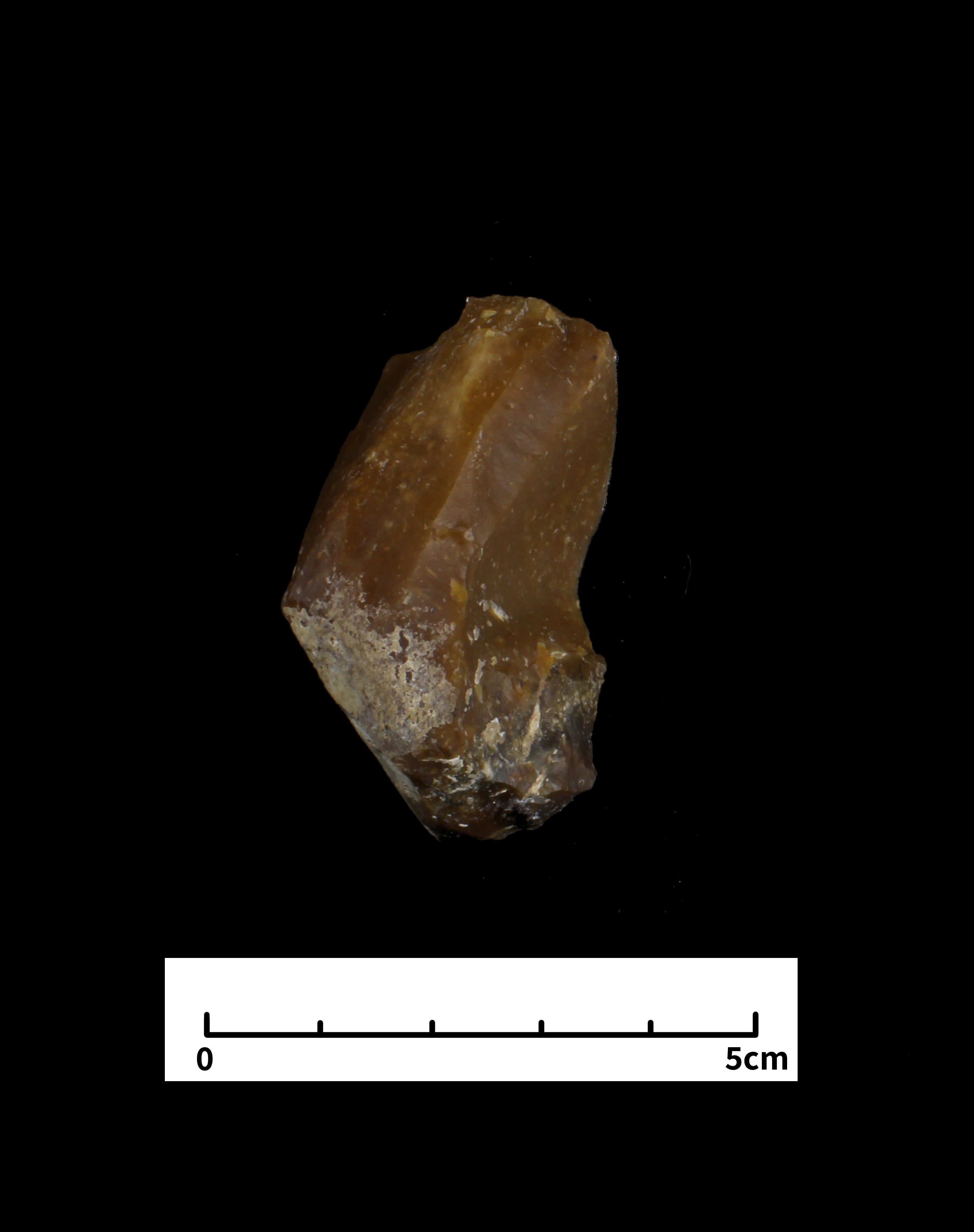 Excavated primarily by A.N. Rogachev in the 1950s and by A.A. Sinitsyn 1999-present, Kostënki 14 is Eastern Europe’s most important site for the period 42-27,000 year ago. The site has at least eight well-stratified archaeological layers that contain animal bones, stone tools and items of personal adornment, as well as hearths and other structures. Among the discoveries at Kostënki 14 was Europe’s earliest modern human burial.

One of the archaeological layers at Kostënki 14 is associated with a layer of volcanic ash, which was deposited around 40,000 years ago over much of Southern and Eastern Europe following a huge volcanic eruption in southern Italy. The stone tools in the archaeological layer are characteristically Aurignacian. Cores such as this one were used to create small bladelets that probably served as barbs on hunting equipment. The same Aurignacian technology is also present at Kostënki 1, and possibly also at Kostënki 12.