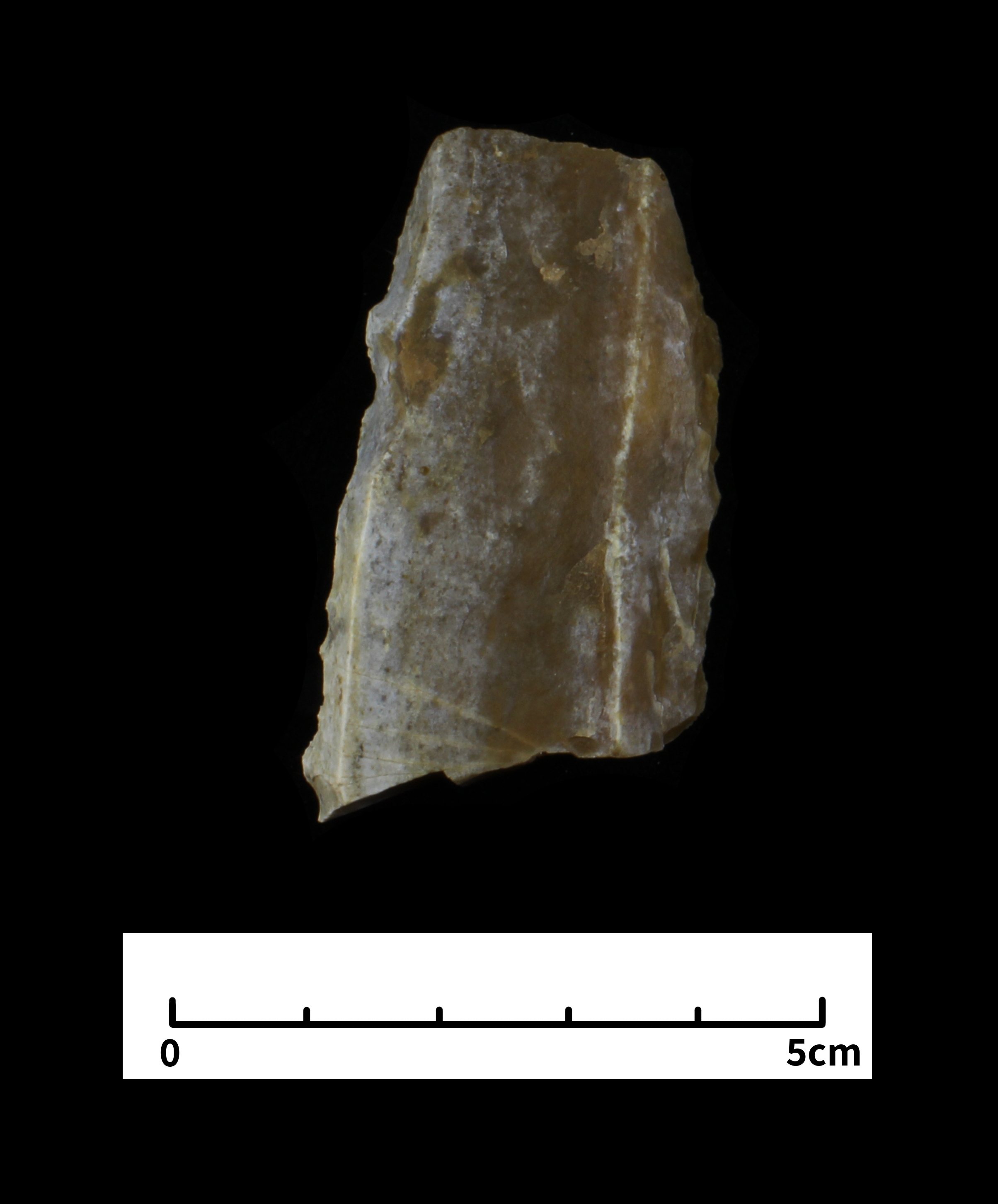 This artefact was found by Rogachev during his earlier excavations in his lowermost layer – Layer III. The artefact is typically Upper Palaeolithic, and is therefore particularly important for understanding the onset of the Upper Palaeolithic at Kostënki. Our recent work indicates that the area of Kostënki 12 from which this artefact came is stratigraphically extremely complex..